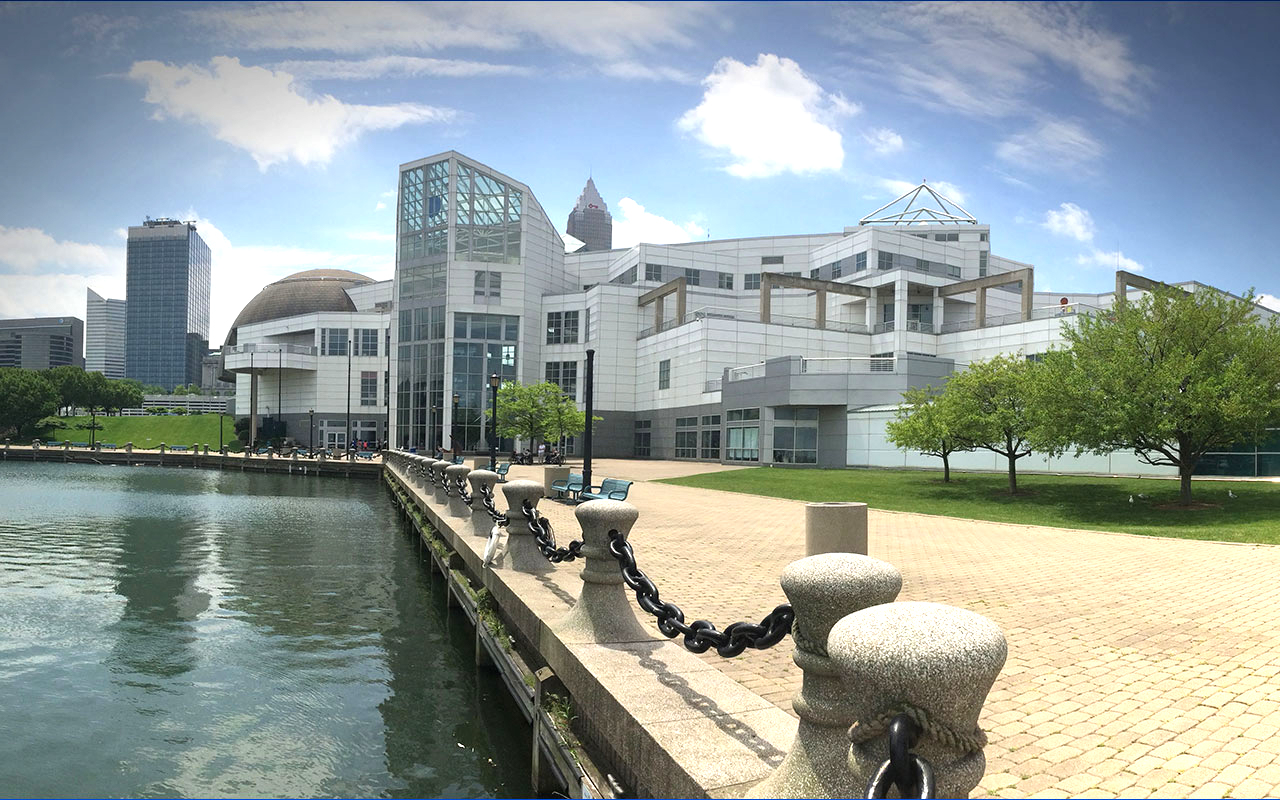 Home
About
Who We Are

Our vision is a community where all people value science, technology, engineering and math to inform decision-making and enrich lives.

Great Lakes Science Center embraces and encourages the attributes, characteristics, and perspectives that make each individual unique. We consider diversity, equity, access and inclusion essential for institutional excellence and fulfillment of our vision - a community where all people value STEM to inform decision making and enrich lives. We believe our strength lies in the collective sum of individual differences, life experiences, knowledge, ingenuity, self-expression, and unique capabilities. Our employees, volunteers, guests, and partners bring and invest these strengths in their daily experiences at Great Lakes Science Center. We champion an unending commitment to diversity of participation, thought, and action. It is our aim, therefore, that our board, staff, and key stakeholders embrace these principles.

Approved by the Great Lakes Science Center Board of Directiors, March 17, 2021 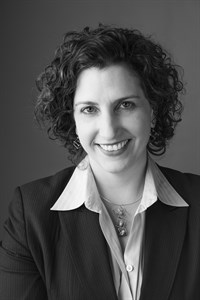 Dr. Kirsten Ellenbogen began her tenure as third President and CEO of Great Lakes Science Center in 2013 with a strategic initiative developed in collaboration with corporate leaders to change the community’s narrative around advanced manufacturing for diverse middle-school youth and families. This work was recognized by the White House Office of Science and Technology Policy, who chose the Science Center as the unveiling site for the National Week of Making with Mythbuster’s host Adam Savage in 2016. Most recently, she has launched Cleveland Connections: a new initiative integrating emerging technologies, such as blockchain and industrial internet of things, to educate and empower youth in developing personal and community solutions. She leads an innovative and committed team at the Science Center that has used the best scientific research to develop safe operating models, allowing them to continue to serve families and schools during the public health and economic crises that have magnified persistent racial inequities in our community. The Science Center has been honored for this work and named a 2021 National Medal for Museum and Library Service finalist, recognizing their pioneering approaches and deep community partnerships during this difficult year.

Her research focus has included measuring the community impact of science centers and studies at the intersection of rhetoric, science communication, and informal science education. She was appointed to Section X of the British Association for the Advancement of Science and to the National Academy of Sciences' committee that produced Learning Science in Informal Environments. Dr. Ellenbogen’s energetic leadership on field-advancing initiatives such as the Center for Informal Learning and Schools and the Nanoscale Informal Science Education Network, has included serving as co-principal investigator of the Center for Advancement of Informal Science Education. She was elected President of the Visitor Studies Association in 2007. In 2010, she was awarded a Noyce Fellowship focused on using museum resources to help policy makers use scientific evidence to inform decision-making. She is honored to have received the recognition as the 2015 Community Inspiration Award at STEMCON, 2017 Crain’s Women of Note Award, 2019 Crain’s Notable Women in STEM, 2019 Cleveland Magazine Women Living STEM, and the 2021 Cleveland 500 Leaders, Doers, Visionaries, & Idea Generators Who Shape the City.

In 2018, Dr. Ellenbogen was appointed to the National Academies of Sciences, Engineering, and Medicine Standing Committee on Advancing Science Communication Research and Practice, which she co-chairs. She is also chair of the Downtown Cleveland Alliance Visioning Committee, and Secretary of the board and co-chair of the conference planning committee of the Association of Science and Technology Centers, serving more than 600 science centers in 48 countries.

Dr. Ellenbogen is passionate about Cleveland and has been honored to lead the Science Center in playing important roles that help put the city in the spotlight for the 2016 Republican National Convention and the 2021 National Football League Draft. She served on the Cleveland Mayor’s Sustainable City Committee, the Planning and Urban Design Committee of the Group Plan Commission, and is a proud alumni of the 2014 class of Leadership Cleveland. Currently she serves on the boards of the Cleveland Water Alliance, the Rock and Roll Hall of Fame and Museum, and Cleveland’s MC2STEM High School. She received her Ph.D. in Science Education from Vanderbilt University and her B.A. from the University of Chicago. She lives in Shaker Heights with her husband, a Cleveland Metropolitan School District teacher, and their two children. 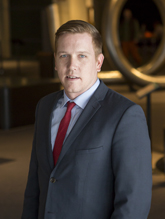 ​Scott Vollmer joined the senior management team at Great Lakes Science Center in November 2017, after 10 years at the National Inventors Hall of Fame in North Canton. Vollmer worked in a variety of roles at the NIHF, most recently serving as the institution’s vice president of creative and program development. During his time there, he led a diverse team of designers, scientists, educators and engineers to create products and experiences that advanced the pioneering spirit of America.

In his new role as vice president of STEM Learning at the Science Center, Vollmer directs all of the museum’s STEM learning initiatives including programs for school groups, the general public, early childhood, home school, Great Science Academy, day camps and the volunteer staff.

Vollmer is a passionate leader whose career is firmly rooted at the intersection of creativity and innovation. He believes the Science Center is an institution for change and can be an essential catalyst within the community for nurturing the next generation of STEM leaders. Vollmer is excited to work with Science Center President & CEO Kirsten Ellenbogen in articulating the museum’s mission to current and future community partners.

Vollmer is a lifelong resident of Northeast Ohio. In addition to his extensive work at NIHF, he served as executive director of After-School All-Stars Cleveland. He received a bachelor’s degree in history from the University of Akron. He also holds several utility and design patents and received three Addy Awards for excellence in advertising.

He lives with his son, Isaac, in Akron. 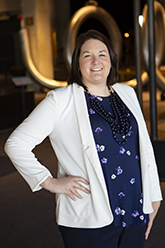 Amy joined the Science Center in April, 2018 after serving as development director at the Ronald McDonald House of Cleveland for the last three years.

As vice president of development, Pausche is responsible for all aspects of revenue generated by the Science Center outside of the box office, including grant applications, individual and corporate giving, planned giving, sponsorships and fundraising. The Development Department also coordinates the Science Center’s annual report to the community and the activities of the Garrett Morgan Professionals Group.

Pausche has a true passion for helping non-profit organizations achieve their goals. Before joining the Ronald McDonald House, she led the Leukemia & Lymphoma Society of Cleveland as executive director from 2009 to 2014, and prior to that, helped the same organization as campaign manager for the successful Light the Night Walk and Man & Woman of the Year campaigns. “I love seeing the magic that happens in the collaboration between the folks that fund these amazing organizations and the wonderful individuals who receive their services. It’s an incredible feeling to help transform dollars into experiences,” Pausche said.

As a native of Northeastern Ohio, Pausche is a big Cleveland Indians fan. She also coaches baseball for kids and enjoys spending time with her family exploring the Cleveland area and the Cuyahoga Valley National Park. She currently sits on the board of The Union Club in Downtown Cleveland, and co-chairs an alumni committee for her alma mater, Roanoke College in Salem, Virginia, where she graduated with a bachelor’s degree in economics. 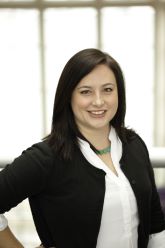 Amanda joined Great Lakes Science Center in July 2011 after serving as a manager with the Hertz Corporation and has served on the Science Center's executive management team since October 2019.

Taunt's departments coordinate most visitor facing aspects of Great Lakes Science Center, from before a visit occurs to a guest's experience while onsite and as they are leaving. With over 10 years of experience in guest services, she has a passion for delivering exceptional guest experiences in a way that makes visitors feel welcomed, engaged and inspired at the Science Center.

Taunt is originally from Grand Rapids, Michigan and currently resides in Olmsted Falls with her husband, Mike. She graduated from Miami University (Ohio) with a bachelor's degree in Political Science. She is a graduate of Disney's Approach to Quality Service program and the YWCA Women's Leadership Bootcamp. Taunt enjoys reading and traveling in her spare time.