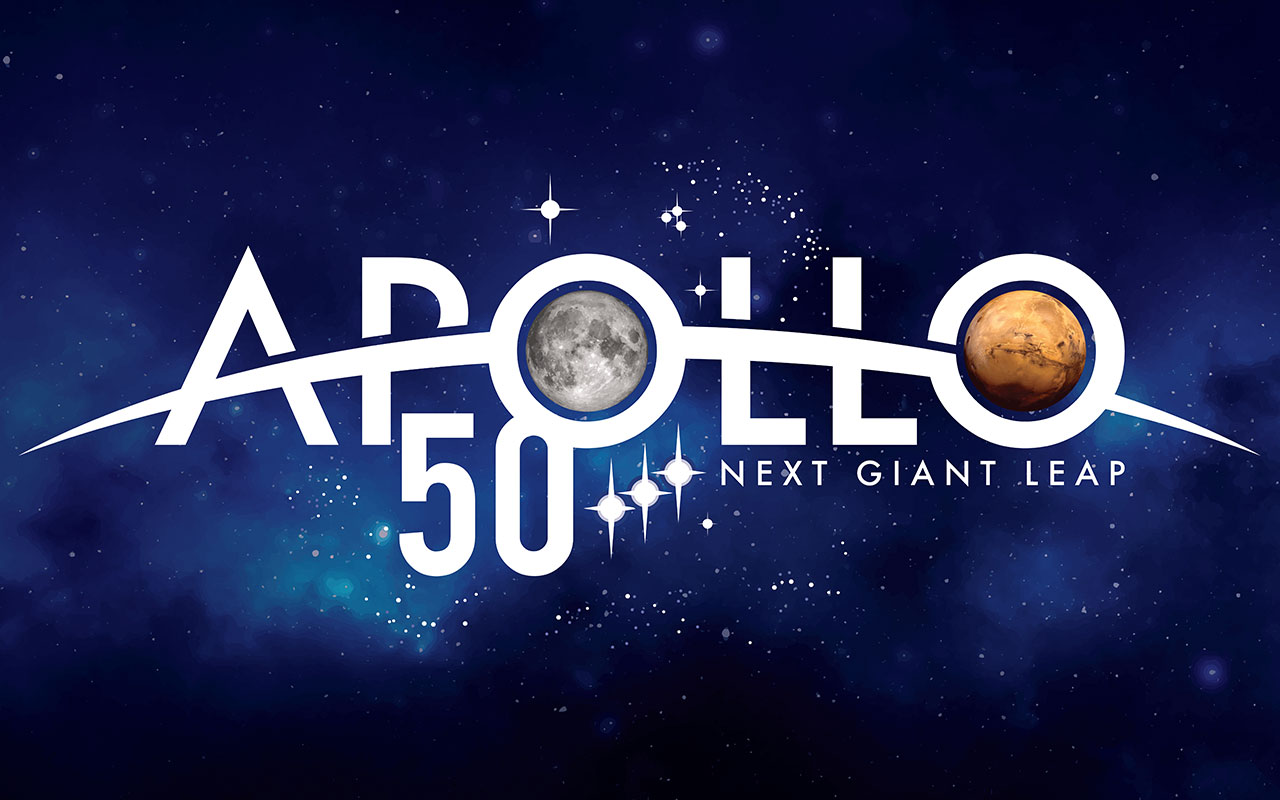 Celebrate the 50th anniversary of the Apollo 11 moon landing with us on July 19-20!

Home
About / Media & Press
Celebrate the 50th anniversary of the Apollo 11 moon landing with us on July 19-20!

From 10 a.m. to 5 p.m. Friday, July 19 and Saturday, July 20, the Science Center, home of the NASA Glenn Visitor Center, will celebrate with Apollo 50 – Next Giant Leap, including a visit from astronaut Douglas H. Wheelock at 11 a.m. on July 19. Wheelock, a veteran astronaut with 178 days in space accumulated during one space shuttle flight and two expeditions to the International Space Station, will make a special presentation in the Science Center’s auditorium followed by an audience Q & A.

Guests of all ages can train to join the next class of astronauts in the Return to the Moon Engineering Challenge. They will design their own helmets and engineer and test rocket designs to take aim at a lunar target. See how atmospheric differences in space might affect life during a Vacuum of Space activity, learn more about our Apollo command module during scheduled Apollo Chats, see amazing live science demonstrations during the Chemistry and Combustion Show and Lift Off Big Science Show, and take home a photo souvenir from the Picture Yourself in Space booth!

The Graphics and Visualization Lab from NASA’s Glenn Research Center will be on site with a special exhibit, guests will be able to learn more about the Legacy of Apollo: The Greatest Leap during a presentation by the Science Center’s STEM education staff, and technology that helps make living in space possible will be on display during a 3-D printer activity that will create miniature rockets and space tools.

With a newly discovered trove of never-before-seen 70mm footage and audio recordings, the filmmakers show the exhilarating final moments of preparation, liftoff, landing and return of this historic mission. “Apollo 11: First Steps Edition” joins astronauts Neil Armstrong, Buzz Aldrin and Michael Collins, the Mission Control team and millions of spellbound spectators around the
world during those momentous days and hours in 1969 when humankind took a giant leap into the future.

Explore the entire NASA Glenn Visitor Center during your visit, too! As one of only 11 NASA visitor centers in the country, there are multiple galleries of interactive exhibits, including an actual moon rock, that explore the past, present and future of human space exploration, examine what it’s like to live in space, and show the underlying science and engineering principles that make accomplishments in space and aeronautics possible!

(Editor’s note: The Science Center has returned to its seven-day-a-week summer operating hours. The museum is open from 10 a.m. to 5 p.m. Monday through Saturday and from noon to 5 p.m. on Sundays.)