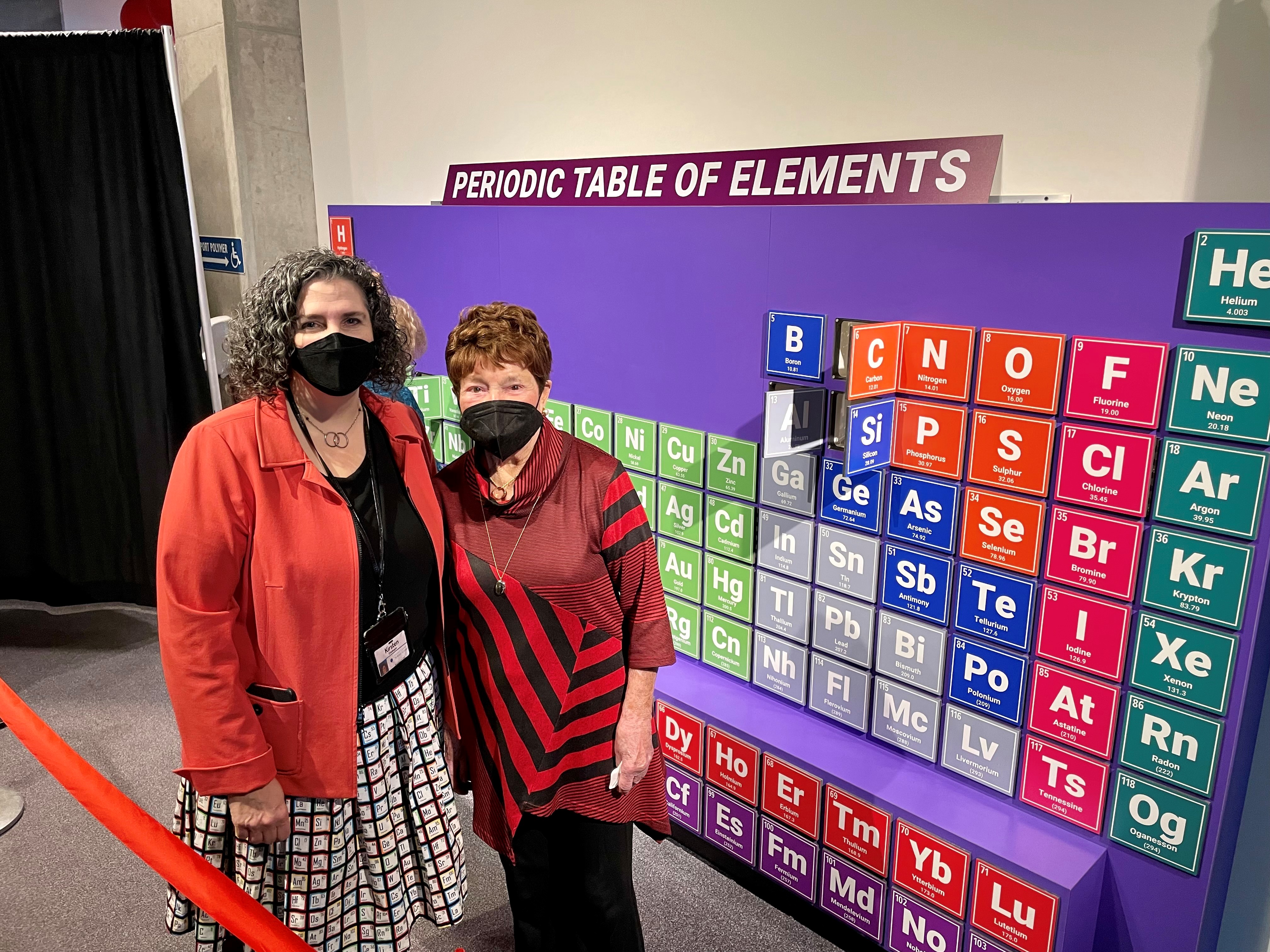 CLEVELAND (January 14, 2022) – Great Lakes Science Center is set to unveil a new periodic table of chemical elements exhibit when it reopens to the public on Saturday, thanks to a donation from the Northeastern Ohio Science and Engineering Fair (NEOSEF).

NEOSEF donated the funds for the exhibit in honor of Dr. Glenn Brown and Dr. Jeanette Grasselli Brown. It was dedicated at a private ceremony during the Science Center’s current closure for cleaning and maintenance.

“We are grateful to the entire Board of NEOSEF for this wonderful gift in honor of Glenn and Jenny, said Science Center President & CEO Kirsten Ellenbogen. “We are especially grateful to NEOSEF President Oanh Loi-Powell for her work to make this ambitious tribute happen.”

The legacy of Jenny and the late Glenn’s board service throughout the Cleveland area is one of leadership and strategic partnership. Glenn, a chemical engineer and senior vice president at Standard Oil, was instrumental in the strategic merger of the Case Institute of Technology and Western Reserve College, and served on more than 20 boards including as chairman of the Playhouse Square Foundation.

The Browns had a strong leadership role with NEOSEF as well, and were instrumental in bringing the organization into a partnership with the Science Center to host the International Science and Engineering Fair when it came to Cleveland in 2003. When the organization began looking for a gift to honor the legacy of the Browns, their board agreed it was only fitting for them to have a presence at the Science Center, a place Jenny, an analytic chemist, helped found, going back to the formation of the non-profit organization in 1991 before the building even opened. Jenny served as a Science Center board member for many years, eventually being named Board Member Emeritus.

The periodic table exhibit is located on the second floor of the Science Center in the Science Phenomena gallery. The larger-than-life exhibit allows families to explore chemical elements, their interconnections, and how they’re used in everyday life. The Science Center installed this new iconic piece alongside the PPG Demo Lab, where frequent chemistry workshops allow guests and school groups to experiment with diverse topics such as polymer chemistry, spectrometry, acid/base reactions, and stoichiometry. 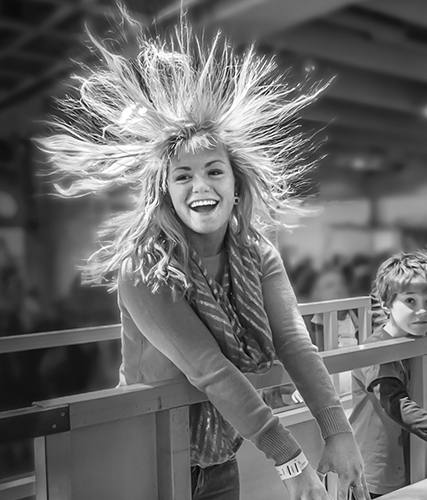 Here’s your chance to meet your inner scientist as you explore electricity and magnetism; light and optics; motion and mechanics; sound and resonance; and more. 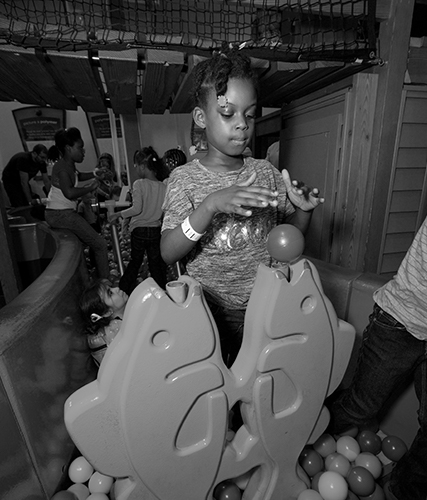 Polymer Funhouse and Port Polymer are the perfect places for young scientists to discover a passion for science and engineering!